Thanks for stopping by! If you like your crime fiction hard-boiled and Texas tough, pick up one of my gritty and relentless Ed Earl Burch thrillers. They’re classic stories of revenge and redemption, featuring a battered but dogged Dallas PI who is nobody’s hero, but nobody’s fool.

Had big fun blathering about crime fiction and what makes Ed Earl Burch tick on Rick Outzen’s radio show down in Pensacola, FL. Give a listen to… END_OF_DOCUMENT_TOKEN_TO_BE_REPLACED

In his latest Clare Carlson mystery, Beyond The Headlines, all the hallmarks of Dick Belsky’s robust storytelling skills are on display – snappy patter, an unsinkable main… END_OF_DOCUMENT_TOKEN_TO_BE_REPLACED

Out there beyond the suburbs and exurbs of big-city sprawl, there’s hard-luck country where the money is scarce, the grind never lets up and your luck can… END_OF_DOCUMENT_TOKEN_TO_BE_REPLACED 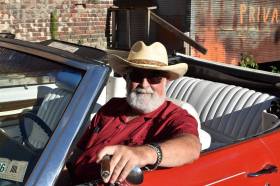 Jim Nesbitt is the author of three hard-boiled Texas crime thrillers that feature battered but dogged Dallas PI Ed Earl Burch — THE LAST SECOND CHANCE, a Silver Falchion finalist; THE RIGHT WRONG NUMBER, an Underground Book Reviews “Top Pick”; and, his latest, THE BEST LOUSY CHOICE. Nesbitt was a journalist for more than 30 years, serving as an editor and roving correspondent for newspapers and wire services in Alabama, Florida, Texas, Georgia, North Carolina, South Carolina and Washington, D.C. He chased hurricanes, earthquakes, plane wrecks, presidential candidates, wildfires, rodeo cowboys, migrant field hands, neo-Nazis and nuns with an eye for the telling detail and an ear for the voice of the people who give life to a story. He is a lapsed horseman, pilot, hunter and saloon sport with a keen appreciation for old guns, vintage cars and trucks, good cigars, aged whiskey and a well-told story. He now lives in Athens, Alabama. 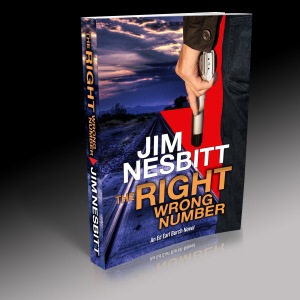 When the phone rings long after midnight, it’s a dead solid certainty bad news and trouble are on the other end of the line. For Dallas private eye Ed Earl Burch, trouble is the lethal kind in Jim Nesbitt’s hard-boiled thriller, The Right Wrong Number, a gritty and relentless saga that races from the gleaming towers and timeworn barrios of Houston to the decadent charms of New Orleans and stark desert mountains of the Texas Big Bend country and northern Mexico.

Burch, a cashiered Dallas homicide detective, is a battered but dogged private investigator with bad knees, a scarred soul and a wounded liver. He’s been hired to protect an old flame in Houston after a body is found in the charred remains of the BMW owned by her missing husband, a high-flying financier.

It’s a simple job that goes wrong fast. Burch finds himself in the middle of a ruthless contest where nothing and nobody can be trusted and money and sex tempt him to break his own rules—temptations served up by the old flame, a rangy and carnal strawberry blonde with a violent temper and a lethal knack for larceny and betrayal. The husband isn’t dead after all: he’s on the run after ripping off the silent partners in his darker deals, some deeply unsavory gentlemen in sleek suits from New Orleans. They give the game a more murderous edge by sending two hitmen to reclaim their stolen goods and kill anybody involved in the score.

When an old Dallas friend gets murdered by hired muscle, Burch blames himself and grimly sets out for vengeance.

Take a deadly ride with Ed Earl Burch. You’ll be glad you did. 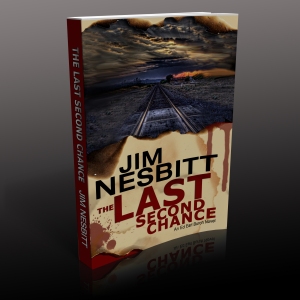 Ed Earl Burch, a cashiered vice and homicide detective, has his life narrowed down to chasing financial fugitives from the carnage of the oil bust and savings and loan crash that scarred Dallas in the mid-1980s. Throw in the occasional wayward spouse and a ready eye for the next round of bourbon, sipped with a boot resting on the rail of his favorite saloon.

He’s an ex-jock gone to seed, a private investigator with bad knees and a battered soul. He’s trying to keep at bay the memories of three ex-wives, the violent mistakes that got him booted off the force, a dead partner and the killer who got snuffed before Burch could track him down. Play it smart and cautious. Keep the lines straight. Don’t take a risk. Don’t give a damn. It’s the creed of the terminal burnout and he’s living it a day at a time, drink by drink.

That all changes when Carla Sue Cantrell, a short blonde with ice-blue eyes and a taste for muscle cars, crystal meth and the high-wire double-cross, walks into his life. Pointing a Colt 1911 at his head, she tells him his partner’s killer, a narco named Teddy Roy Bonafacio, is still alive. She forces him into a deadly game where Burch is framed for murder and chased by cops and the narco’s hitman. They’re on the run through the scrubby Texas Hill Country and the high desert of El Paso and northern Mexico, gunning for the same man both want dead – T-Roy, the narco known as El Rojo Loco.

Final destination – kill or be killed. 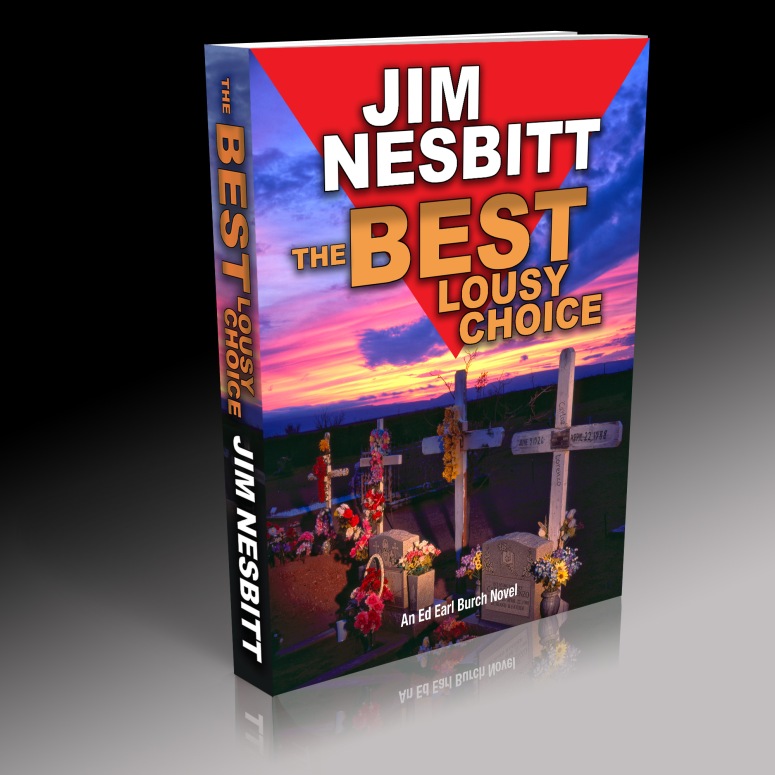 Dallas private eye Ed Earl Burch is an emotional wreck, living on the edge of madness, hosing down the nightmares of his last case with bourbon and Percodan, dreading the next onslaught of demons that haunt his days and nights, including a one-eyed dead man who still wants to carve out his heart and eat it.

Burch is also a walking contradiction. Steady and relentless when working a case. Tormented and unbalanced when idle. He’s deeply in debt to a shyster lawyer who forces him to take the type of case he loathes — divorce work, peephole creeping to get dirt on a wayward husband.

Work with no honor. Work that reminds him of how far he’s fallen since he lost the gold shield of a Dallas homicide detective. Work in the stark, harsh badlands of West Texas, the border country where he almost got killed and his nightmares began.

What he longs for is the clarity and sense of purpose he had when he carried that gold shield and chased killers for a living. The adrenaline spike of the showdown. Smoke ‘em or cuff ‘em. Justice served — by his .45 or a judge and jury.

When a rich rancher and war hero is killed in a suspicious barn fire, the rancher’s outlaw cousin hires Burch to investigate a death the county sheriff is reluctant to touch. Thrilled to be a manhunter again, Burch forgets something he used to know by heart.

Be careful what you wish for. You just might get it. And it might just get you killed.

But it’s the best lousy choice Ed Earl Burch is ever going to get.

I’ve always loved hard-boiled American detective novels, be they mysteries or crime thrillers, and cut my teeth on the masters — Dashiell Hammett, Raymond Chandler and James M. Cain. I firmly believe this is an American art form that, at its best, rises above the whodunit or violent roller-coaster ride. Three latter-day masters, all of them dead Texans, are also in my personal Hall of Fame — Max Crawford, Milton T. Burton and James Crumley. Of the three, Crumley, who wrote gritty and over-the-top stories laced with drugs, sex and violence, has probably had the greatest influence on my writing.

And some of the crime fiction blogs and websites I’m following: